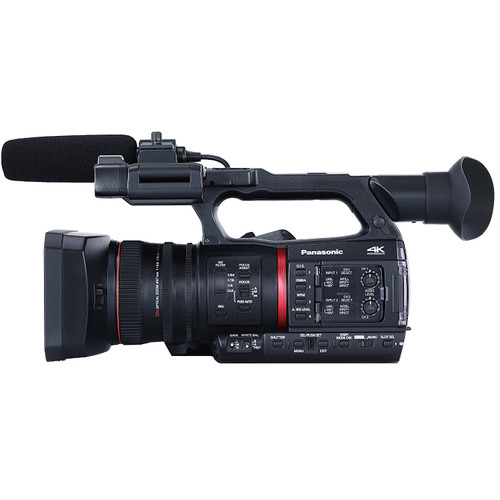 The Panasonic AG-CX350 4K Camcorder is designed for what Panasonic is calling the fusion of communication and broadcasting. A compact professional UHD 4K camcorder packed with features that you would expect to find in a full-sized camcorder. The AG-CX350 features a 1" MOS sensor recording in UHD resolution (3840 x 2160), in the MOV format using a variety of data rates including 400 Mb/s, as well as in HEVC at up to 200 Mb/s. The camcorder can also record HD in MOV, as well as HD/SD in AVCHD format for legacy productions. You can choose from eight different gamma settings including HLG, which provides an HDR output in the camera. It also features variable frame rate capability from 1 to 60 fps in UHD and 1 to 120 fps in HD. Recording is to dual SD card slots, which provides for simultaneous, relay, and background recording. 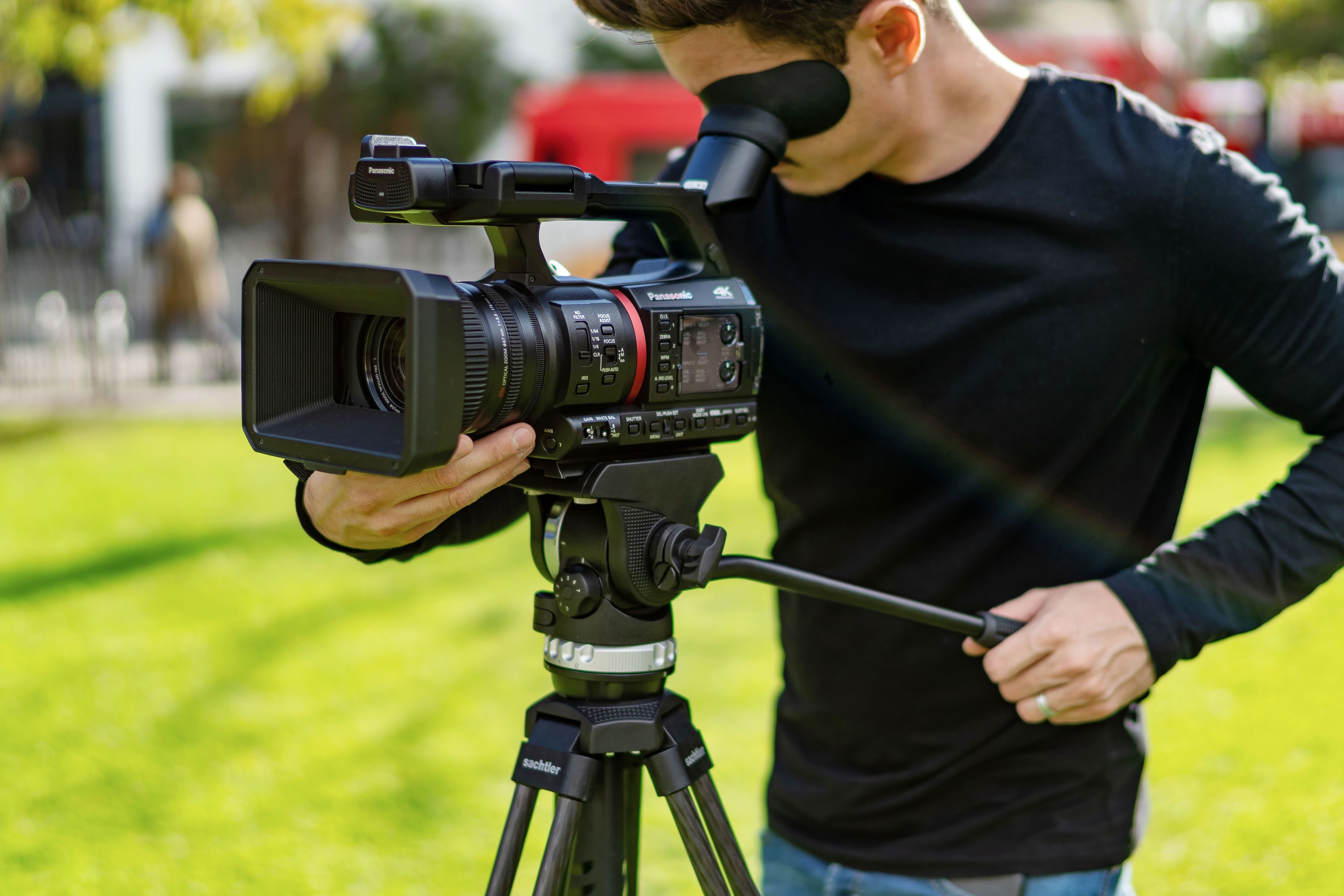 The CX350 is a handheld camcorder that is optimized for 4K/HD production with live broadcasting capabilities. With its integrated lens design, the CX350 brings impressive new features including 4K 10-bit 60p capture, HDR recording, and is equipped with the RTMP/RTSP/RTP protocol for live streaming and NDI | HX-ready IP connection. At only 4.2-lbs. (body only), the CX350 is also the lightest 4K 10-bit fixed-lens camcorder in its class. 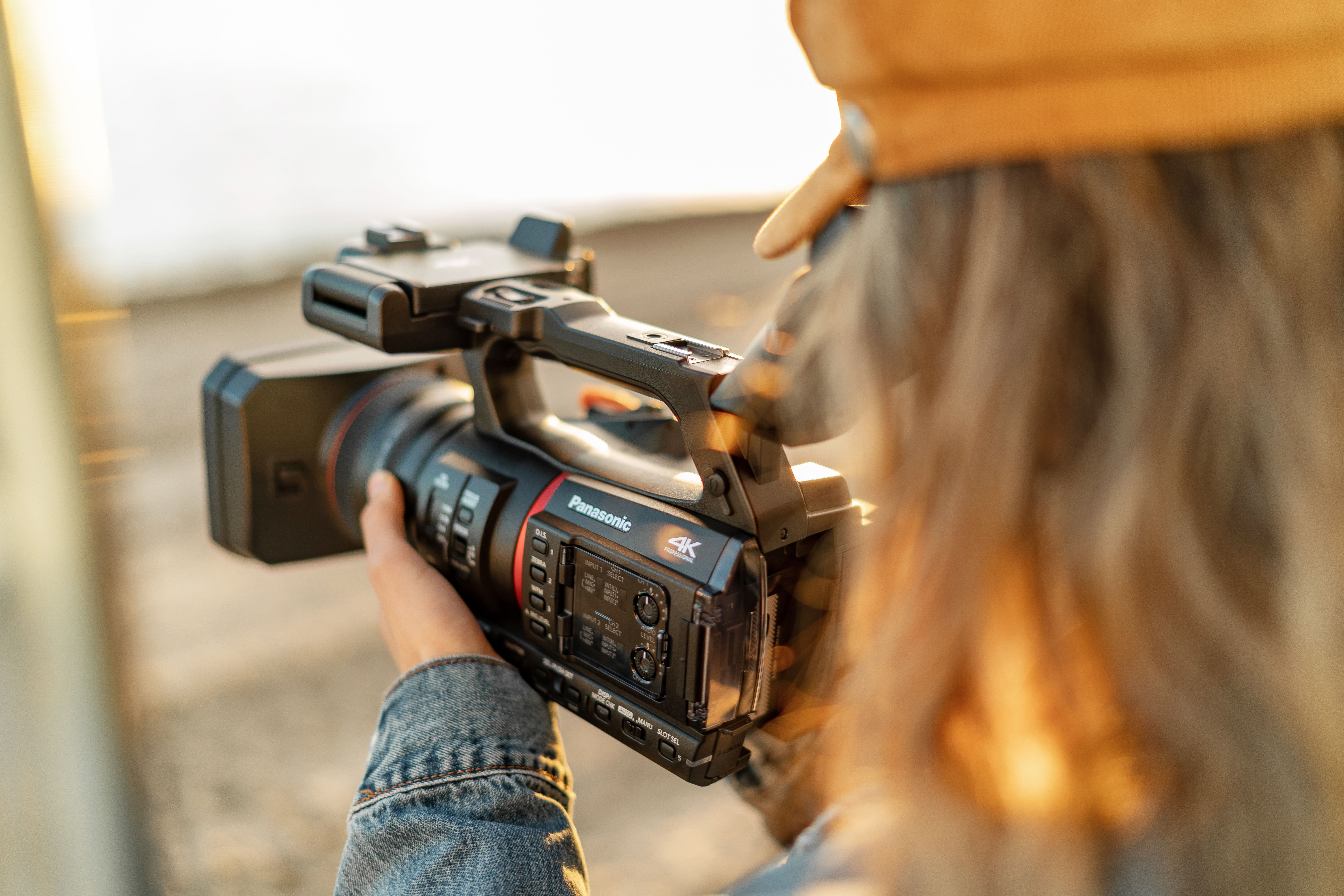 The CX350’s integrated lens contains a wide angle of 24.5mm at the wide-angle setting with minimal-distortion. The 20x optical zoom lens covers the range from 24.5mm to 490mm (35mm film equivalent at 4K/HD). It also has the 35x(HD) / 24x(4K) Intelligent Zoom function. In both 4K and HD shooting modes, the CX350 uses 5-axis hand-shake correction that combines the effects of both optical and electronic image stabilization, providing a steadier image in unstable shooting conditions.

In addition to capturing conventional gamma modes (HD, SD, FILMLIKE 1/2/3 FILM-REC, VIDEO-REC), the CX350 now supports HLG (Hybrid Log Gamma) to capture a wider dynamic range. The HLG standard was developed jointly by the BBC (British Broadcasting Company) and NHK (Japan Broadcasting Corporation) and is currently supported by both TV stations and streaming services. When shooting HLG, the CX350 can be set to HDR or SDR Color Setting on each output – LCD/EVF, SDI and HDMI. 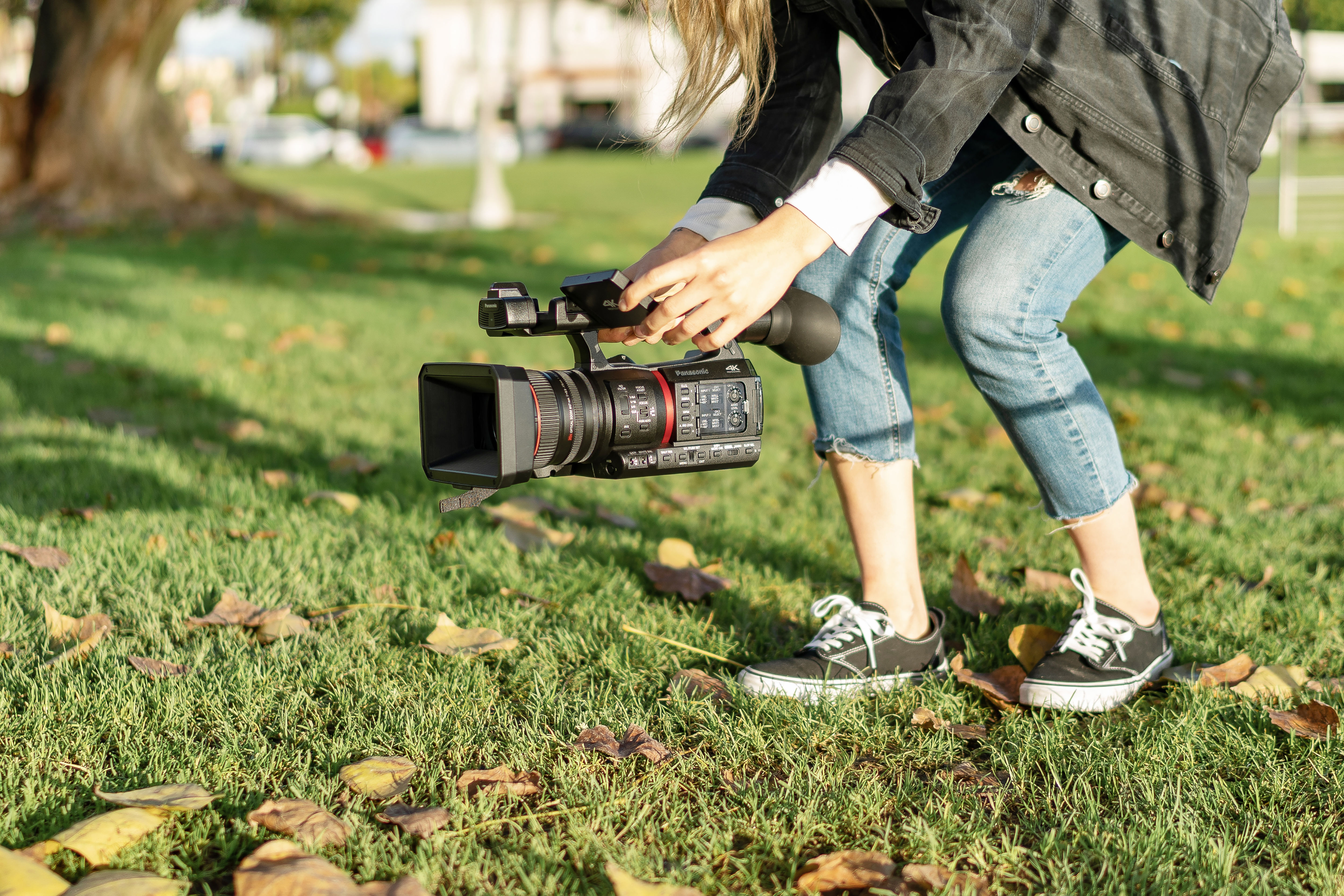 Additional key features of the CX350 include support for AVCHD, simultaneous SDI and HDMI output (UHD video via HDMI and output of HD video via 10-bit, 4:2:2 SDI), two audio channels from the built-in stereo mic, or two XLR audio inputs, and low power consumption at 17 W. Two toggle switches for GAIN and WHITE BALANCE are available, as well as two Accessory Shoes for additional versatility. In addition, the CX350 will offer future P2 capability (via a free firmware update).